In an Interview with the Editor

Dr. Frieder Weissmann, the German-born Maestro, has made as many recordings as any conductor now living. They number more than 1500. He was responsible for the majority of the orchestral discs emanating from Germany from 1921 to 1933.

As a pioneer in his field, he -like many another before him - hardly got his due at first, for the conductor in the early days of the phonograph was none too flatteringly represented by the reproduction of the work he put on records. In the beginning it was the voice of the singer alone that was reproduced with a sufficient semblance of lucidity to bequeath to posterity an acceptable facsimile of the artist's work.

What went on behind the singer by way of accompaniment was hardly complimentary of the director of the so-called orchestra, and he -whoever he was - generally remained a non-entity

on the labels of the majority of old records. The reasons for this are not difficult to understand, for the orchestra behind the singer was merely a background of jumbled sound sadly lacking in symmetry and tonal refinement.

What a conductor was capable of accomplishing could not be conveyed in recording. His work closely resembled the early wirephotos in which only an outline of the original is apparent with barely recognizable features and no depth of prospective. Even in the early days of electrical recording, things were not much better, for dynamics were two-dimensional - either mezzo-forte or forte. At best, up until the late 1920s, the conductor was unfavorably represented by such works as he put on records. Many noted orchestral leaders looked upon recording with scorn. But let Dr. Weissmann tell us about the viewpoints of musicians in that early period.

"I was constantly taken to task by my colleagues," he says, "for spending so much time on recordings. This was in the early 1920s. Clemens Krauss, the Viennese conductor, for example, contended that records would never represent the true picture of the score and he refused seriously to consider the phonograph. His viewpoint was shared by many others - indeed, the majority. But I could not accept or endorse their feelings. I remembered the early days of photography and I had faith in this new 'photography of sound'; it too would develop, I felt, for science was on the march and the technical men were consistently working toward a betterment of sound reproduction. Too, they needed the cooperation and advice of a musician, and I was only too happy to serve in this capacity.

"In time, toward the late 'Twenties, Krauss and many other scoffers at recordings saw fit to change their viewpoints. Maybe the expected royalties had something to do with their change of heart, for records were selling in large quantities. It is true that the early orchestral discs, even in the first years of electric reproduction, did not represent a conductor in a satisfactory manner. There was no nuance of line, and a pitiful semblance of dynamics. A true crescendo or diminuendo was utterly impossible. It was the day of the singer, and fortunately we had some great voices to perpetuate for posterity. But, if all of us had scorned the leadership of the orchestral accompaniment behind the singer, I hesitate to think of how the singer had fared." 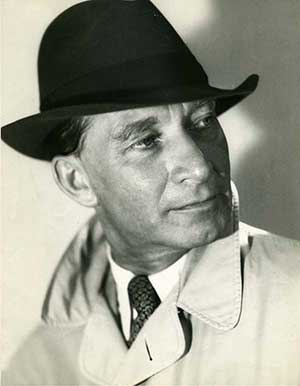